An update on our Extraordinary Everyday women

Four years ago, we featured several of GAR’s employees in our Extraordinary Everyday campaign, aimed at showcasing the people behind responsible palm oil production. Among these people were four women – with very different roles – who shed light on what it was like working in a male-dominated industry.

This International Women’s Day, we caught up with Novi, Punjung, Dr. Yossy, and Siti, to find out how their lives have changed since the Extraordinary Everyday campaign, and their thoughts on a gender-equal workplace and society. 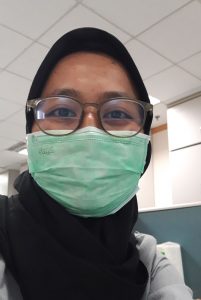 There have been many changes since 2017. The most significant one would be that I was previously on a placement at the plantation in Riau, but now I am based in Jakarta, the city where I’m originally from. Another change is that I am now married with a child.

One of the challenges I faced was breastfeeding after I returned to work. At the time, I was still based on the plantation and was required to travel between plantations and mills. As a mother, I didn’t want to abandon my responsibility to provide breast milk to my child, but I also didn’t want to turn down work assignments. So I managed both by pumping breastmilk while on assignments – sometimes on-the-move in cars and planes, and sometimes while at work in the office. Thankfully, my boss and teammates were supportive and allowed me to have a flexible work schedule. That way during working hours, I was able to maximise my work output so that when I needed to excuse myself, it did not interfere with work. And an important thing to note here is communication―communicating efficiently with teammates or superiors so the work is done well without confusion.

For as long as I have worked at GAR (approximately eight years) both in the operations unit and in the head office, I have never felt that I was not treated equally, either by the company or by colleagues. The opportunities we receive are the same. Of course, sometimes it is about equity, not equality. For example, a female employee is entitled to three months of maternity leave but that does not mean that a male employee will be given three months of leave too when his wife gives birth. Equity, in my opinion, is more important, because it involves distributing resources based on the needs of the recipients. 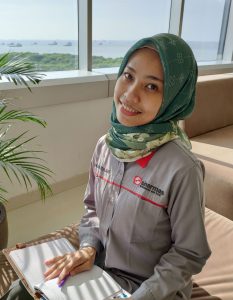 I’m still working in food and nutrition at our Marunda R&D Centre.

Since I joined in 2012, GAR has promoted gender equality, especially at the R&D Centre. Here, I’ve always been given the opportunity to give opinions and make decisions. I believe that in the workplace, the most basic thing women should have is the right to voice their opinions and be heard. 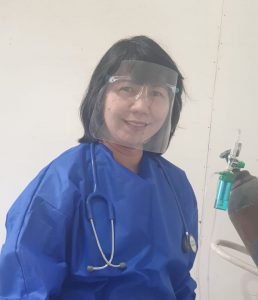 At the beginning of the COVID-19 pandemic, work became more challenging as there was a sense of worry and high alertness. But with clearer health protocols now, things have settled. My work life continues to be fulfilling. Co-workers and patients are inseparable parts of my life as they share their knowledge and life experiences with me; it enriches and motivates me to be a better doctor.

With my children getting older, my focus and priorities in life are also evolving. My husband and I work in different locations, but we support each other. I appreciate the mutual respect my husband and I have for one another. Our relationship shows me that it isn’t always about comparing women and men but about complementing one another. My opinion is that in attaining gender equality, there are still some “rules”, such as religious principles and certain social conventions that are worth paying attention to. Don’t get me wrong, I am for gender equality, but if we don’t follow some rules, there will only be chaos. 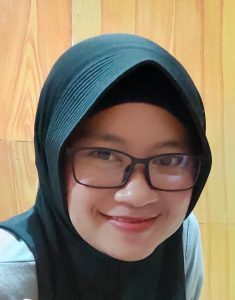 Ever since the Extraordinary Everyday campaign aired, I have become more aware of the importance of the work I do in changing lives. I feel proud to be part of the campaign that has inspired many people out there, and especially women who might be looking to pursue similar career paths.

I appreciate the increasing awareness of gender equality and having equal opportunities in society. In the classes I’m teaching, the boys and girls are given equal opportunities to participate and contribute, so similarly, I want them to enter into a working world where women and men can participate and be involved in the things they want to be part of and complement each other.

Learn more about how we are supporting gender equality in the palm oil industry here. The joy of creating DIY projects with palm oil