Following on from the historic COP21 meeting in Paris which reached a global consensus on reducing emissions, the fifth International Conference on Oil Palm and Environment (ICOPE), will focus on offering scientifically-based innovations in the palm oil industry to mitigate climate change.

Organised by PT SMART Tbk in partnership with WWF and CIRAD, ICOPE 2016 will be held in Bali from the 16-18th of March. Leading international environmental scientists, senior government officials, civil society and industry representatives, senior researchers and academia are expected to attend the biennial event.

Communication and Advocacy Director of WWF Indonesia Nyoman Iswarayoga said: “ICOPE has been recognized internationally as a credible and scientific forum. Since it was held for the first time in 2007, this conference generated wide interest from domestic and international participants because of its important contribution in the overall transformation of the palm oil industry”.

ICOPE 2014, which was attended by more than 350 international participants, recognized the potential of the palm oil sector to become a model for sustainable agriculture. ICOPE 2016 will now focus on making the palm oil industry a leader in climate change mitigation through scientific solutions.

President Director of PT SMART Tbk Daud Dharsono stated: “All stakeholders should work together to find the most appropriate solutions for Indonesia to tackle the negative impact of climate change and collaborate in developing innovative researches to adapt to climate change in order to improve the productivity of Indonesia’s sustainable palm oil”.

The conference is particularly timely in light of increasingly severe weather phenomena such as the El Nino of 2015 which contributed to the haze crisis in Southeast Asia. There will be a special panel session on adapting to and minimising the fallout from El Nino.

CIRAD Resident Regional Director for Southeast Asia, Dr. Alain Rival, added: “ICOPE remains the major forum in which to highlight environmental issues and share experiences in order to identify solutions that will benefit the environment and the industry. Our focus this year is to make ICOPE the platform for innovation and where scientific approaches lead to new viable alternatives that can be put into practice”. 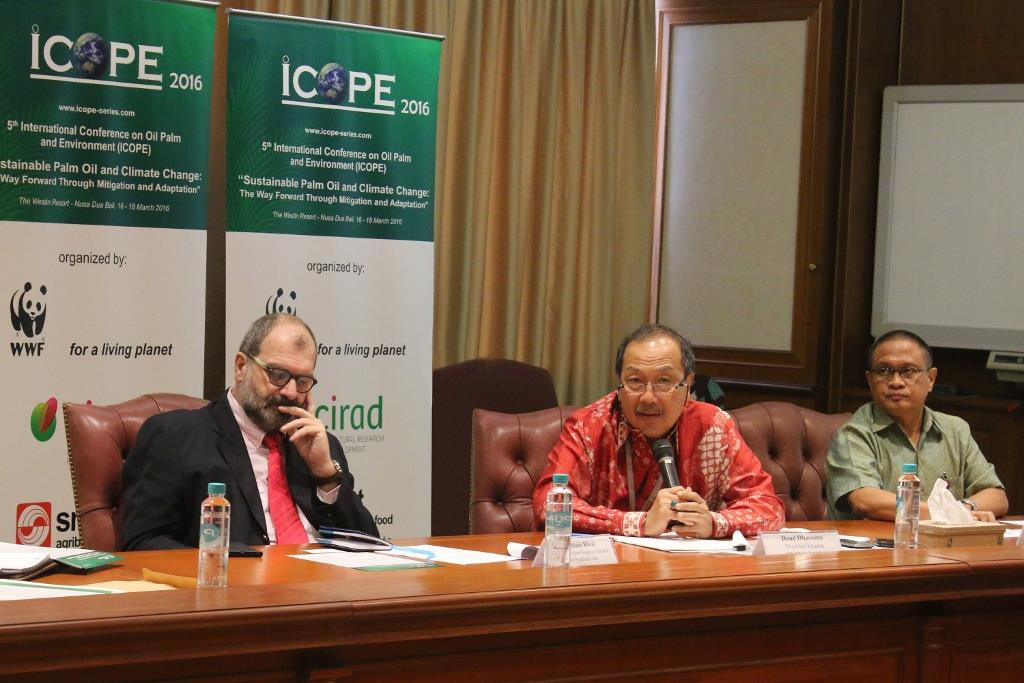