Ketapang, 1 February 2020 – Golden Agri-Resources launched a children’s book titled Rumbun and Jungle Friends to help teachers educate elementary school students on the importance of preventing forest and land fires, especially in the Company’s operational areas that are vulnerable to such incidents of fire. The launch constitutes a part of our long-term commitment to preventing and suppressing forest and land fires in the areas.

Besides protecting them, awareness also needs to be raised among children so that they are able to remind people around them to get rid of certain habits that might potentially lead to forest and land fires. It is also our hope that adults can take part in educating future generations, through Rumbun and Jungle Friends, to not user fires irresponsibly. The book launch took place for half a day, with students from grades 4, 5 and 6 from seven elementary schools in Ketapang Regency participating in it.

“Our children are future leaders in the society. They will bring what they learn today from the book Rumbun dan Jungle Friends with them as they grow up. I hope they can inspire those around them to change for the better, especially to do away with the slash-and-burn practice,” explained Susanto Yang, CEO of Golden Agri-Resources, West Kalimantan.

We have worked closely with the local education office and teachers to provide education materials that are readily accessible and easy to understand at the elementary level. Through the main character, Rumbun, this book invites the younger Indonesian generation to understand the reading material in a simple manner. The Company hopes that it can help teachers provide effective educational media for students.

“Teaching children at the elementary school needs to be fun so they find it easy to grasp the learning materials. This has become a challenge for teachers and for us at the education office, particularly in terms of educating children on the subject of forest and land fires prevention. Having Rumbun and Jungle Friends helps us instil this value in our students,” explained Kadarudin, Regional Coordinator of the Nanga Tayap Sub-district Education Office.

Further, we have been working with relevant stakeholders to distribute the book to areas surrounding the Company’s operations, so that more and more children in Ketapang can now learn how to prevent forest and land fires. The Siaga Api Community Group (MSA) will also play an important role in distributing this piece of information in each and every village.

The launch of this book picks up where the Company left off with its initiative to quickly respond to and prevent forest and land fires. Since the zero burning policy’s launch in 1997, the Company has implemented zero burning in all areas of its operations. This effort also extends to the surrounding communities through various programmes such as Desa Makmur Peduli Api (DMPA), which was rolled out in 2016. 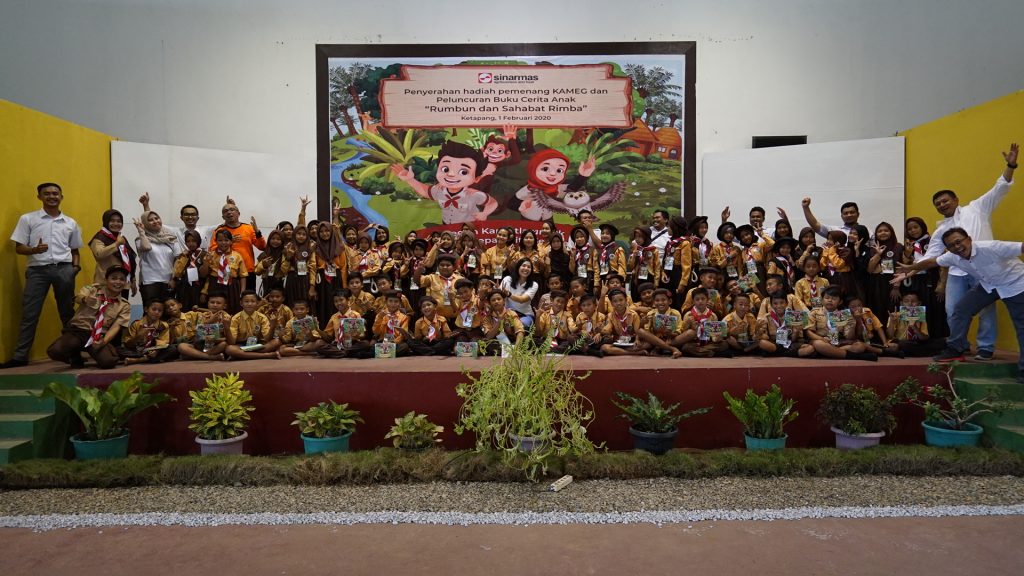 Launching of children’s storybook – Rumbun and Jungle Friends – together with 70 elementary school students as part of early education efforts in preventing forest fire. 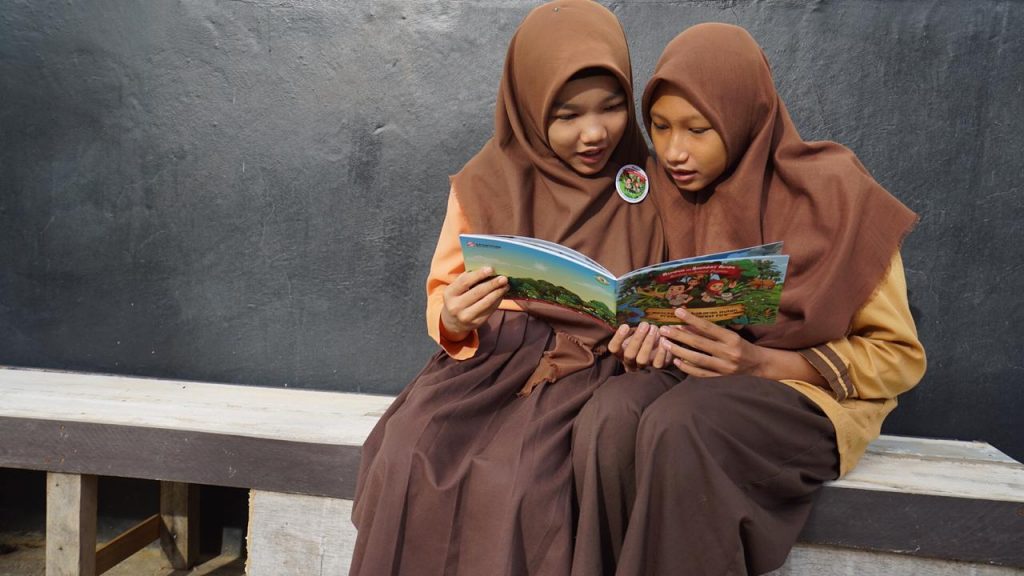 Raising awareness on the dangers of forest fire among children, through the Rumbun and Jungle friends storybook.

Sinar Mas Agribusiness and Food operates with a total planting area in Indonesia reaching more than 495,247 hectares (including plasma smallholders) as at 30 September 2019, located in Indonesia. It has integrated operations focused on the production of palm-based edible oil and fat. Focus on sustainable palm oil production, its primary activities in Indonesia include cultivating and harvesting of oil palm trees; processing of fresh fruit bunch into crude palm oil (CPO) and palm kernel; refining CPO into value-added products such as cooking oil, margarine, shortening, biodiesel and oleo-chemicals; as well as merchandising palm products throughout the world. It also has operations in China and India including a deep-sea port, oilseeds crushing plant, production capabilities for refined edible oil products as well as other food products such as noodles.

Founded in 1996, GAR was listed on the Singapore Exchange in 1999 and has a market capitalisation of US$2.1 billion as at 30 September 2019. Flambo International Limited, an investment company, is currently GAR’s largest shareholder, with a 50.35 percent stake. GAR has several subsidiaries, including PT SMART Tbk which was listed on the Indonesia Stock Exchange in 1992. GAR is focused