How it works: Biodiesel production

Biodiesel is a renewable fuel, typically produced from animal fat or vegetable oil in the form of fatty acid methyl ester (FAME), and has long been touted as an eventual replacement for petroleum diesel.

It was back in 1853 when E. Duffy and J. Patrick first attempted to produce biodiesel, even before the diesel engine itself was invented. Forty years later, Rudolf Diesel managed to assemble the very first model of diesel engine in 1893 in Augsburg, Germany, which was then introduced at the World’s Fair in Paris, France. This model was then running on peanut oil.

Fast forward to the present, biodiesel is currently capable of being produced from various raw materials, using many different techniques, including esterification and trans-esterification. Among others, biodiesel is often manufactured from palm oil. As the most productive source of vegetable oil, 1 hectare of land planted with oil palm can produce up to 3.5 tonnes of oil. This is far above canola, the second most productive crop, where 1 hectare of canola can only produce around 0.8 tonne of oil.

At GAR, we produce biodiesel from sustainable palm oil using the trans-esterification method. This is how it works: 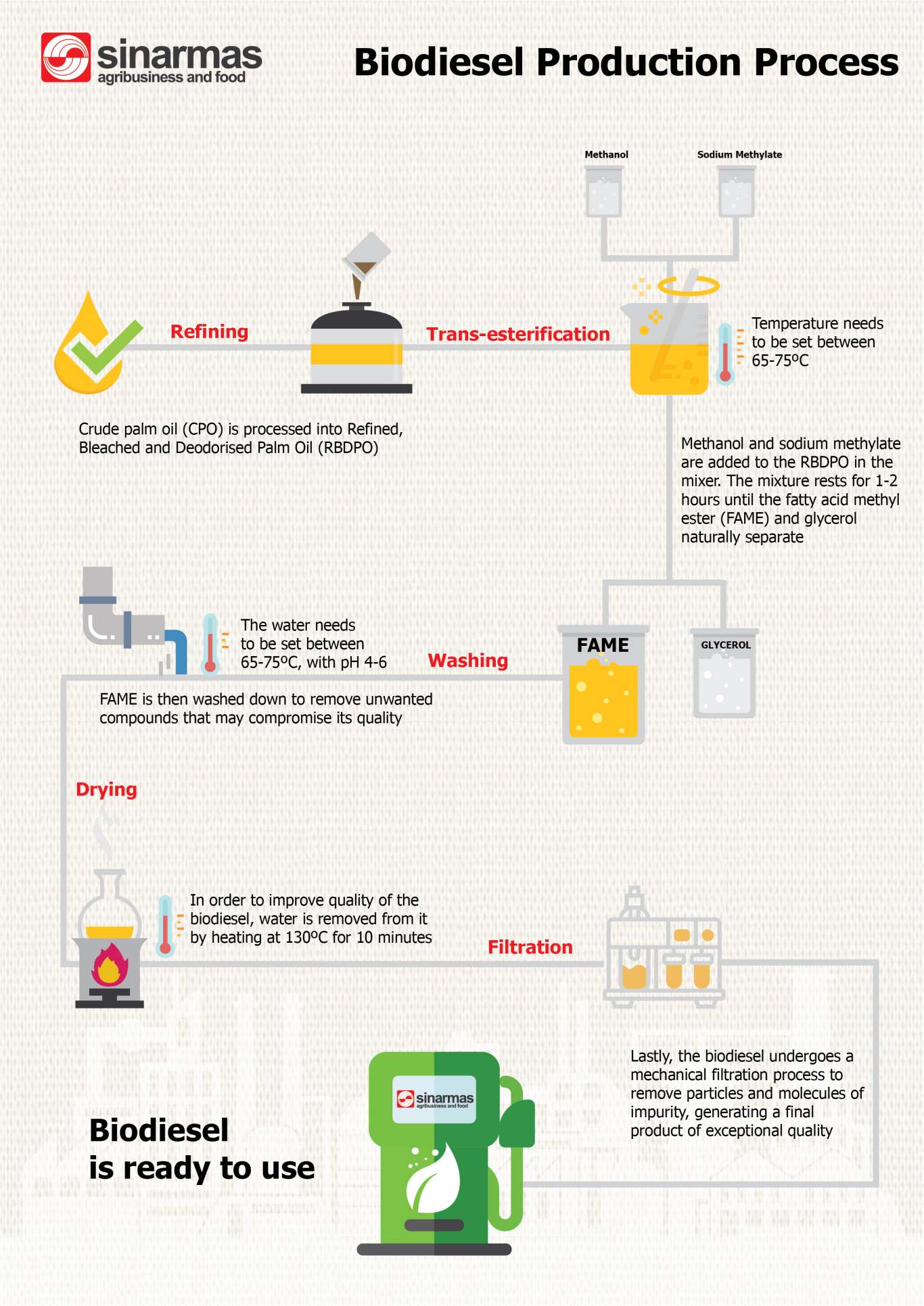 At the moment, we produce biodiesel for the Indonesian domestic market, as it gradually expands its biodiesel mandate. This national interest in biodiesel is in stark contrast with Europe’s current concern about palm oil in biofuels. We believe sustainably produced palm oil should be able to play a role in sustainable energy provision, both in providing domestic fuel security in producing countries, and helping consuming countries to transition to low carbon fuel options, especially in the transport sector where change is still relatively slow.

More information about the use of biodiesel in Indonesia here.