Ketapang, March 3, 2016 – Ahead of the 2016 dry season, PT SMART Tbk, the subsidiary of Golden-Agri Resources (GAR), has launched its Desa Siaga Api programme. The programme aims to empower local communities to prevent fires and is supported by the Regional Government and other local institutions.

Eight target villages in Nanga Tayap subdistrict, Kabupaten Ketapang, Province of West Kalimantan will initially implement Desa Siaga Api. A further nine (9) villages in the Province of Jambi will also be part of the programme from April.

The CEO of Sinar Mas Plantation for West Kalimantan Region, Susanto Yang, stated, “We all know how dangerous land and forest fires can be to people, especially women, children, and the elderly. Community engagement is vital because they can prevent fires, detect them early and respond to land and forest fires quickly.”

“This three year programme will be communicated community-wide. It will be evaluated annually with the Regional Government and other institutions to ensure its effectiveness as our way of supporting the government’s vision of Indonesia Free from Land and Forest Fire”, said Susanto.

Through Desa Siaga Api, villagers will be trained and be provided with facilities and equipment for extinguishing fires in the target villages. Villages that are successful in reducing or eliminating fires will be eligible for additional support through social infrastructure development aid or technical assistance from PT SMART Tbk. 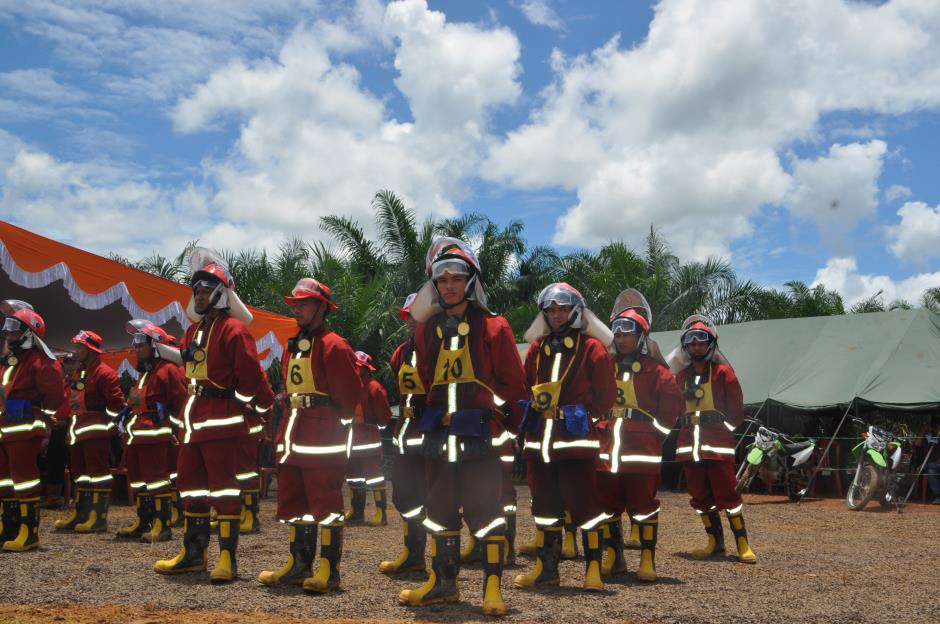 Fifteen people will be recruited and trained to be Desa Siaga Api volunteers from each of the eight villages in the pilot project in Ketapang and nine villages later in Jambi.

All volunteers will be trained and supported to monitor hot spots and convey information in a timely manner to the field emergency response team through e-mail, text message, telephone, or other means of communication. Monitoring of areas and hot spots is also conducted by drones (unmanned planes), as well as satellite-based hot spot monitoring system whose data output will be forwarded to the Desa Siaga Api Task Force Center in the respective regions.

Using a technique known as Participatory Mapping communities will be encouraged to map village boundaries and plan how land is used in their area. These maps will help determine roles and responsibilities for fire prevention both within and between villages.

The Desa Siaga Api programme also offers alternative solutions to burning, including demplot (demonstration plot) training in the land agreed upon by the residents, use of eco-friendly fertilizer, improvement of water governance system, and others.

PT SMART Tbk, the subsidiary of Golden-Agri-Reources, is one of the leading palm oil plantation companies with a total planted area of 485,600 hectares (including smallholders) as at 31 December 2015, located in Indonesia. It has integrated operations focused on the production of palm-based edible oil and fat.

Founded in 1996 GAR was listed on the Singapore Exchange in 1999 with a market capitalisation of US$3.1 billion as at 31 December 2015. Flambo International Limited, an investment company, is currently GAR’s largest shareholder with a 50.35 percent stake. GAR has several subsidiaries, including PT SMART Tbk which was listed on the Indonesia Stock Exchange in 1992.

GAR and PT SMART Tbk are focused on sustainable palm oil production. In Indonesia their primary activities include cultivating and harvesting of oil palm trees; processing of fresh fruit bunch into crude palm oil (“CPO”) and palm kernel; refining CPO into value-added products such as cooking oil, margarine and shortening; as well as merchandising palm products throughout the world. GAR also has operations in China and India including a deep-sea port, oilseeds crushing plants, production capabilities for refined edible oil products as well as other food products such as noodles.