Partnership in action: witnessing the return of orangutans to the wild

Releasing orangutans back into the wild is not a simple task. You can’t just let them out of a cage back into the jungle. There are release protocols with a host of processes which take time and careful planning, such as health exams, seeing they get appropriate nutrition and training so that they can fend for themselves in the jungle.

Poco and Rich’s release involved a very early start in the morning as we trekked deep into the Seruyan Forest. Before reaching the carefully selected release site, we stopped at Camp Seluang Mas I – home to 42 Orangutans released in 2011-2014. At the camp, we found Lidya, Nanda and Nonie, three female orangutans and their babies. This group were previously released back into the Seruyan forest but return to play near the camp area. 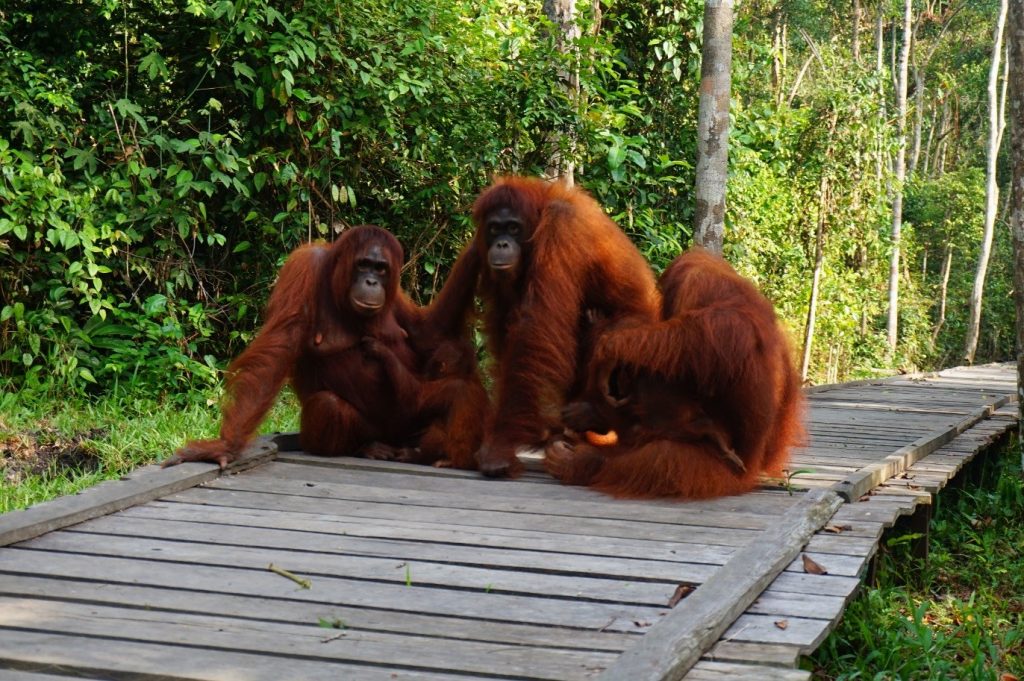 The three orangutans with their gentle dark brown eyes and enchanting smiles – according to scientists, orangutans may be our closest relatives.

After a short visit at Camp Seluang Mas I, we continued our trip to Camp Seluang Mas II. At this site Poco and Rich were taken inside the forest. The first to be released was Poco. Her crate was placed on a platform near a tree for her to climb. Two men from OFI came to the crate and opened the door as Poco slowly went out and climbed up to the nearest tree. A few minutes later, it was Rich’s turn. He soon discovered that Poco was close by and he swung up the trees to approach his friend. The orangutans will continue to be monitored to ensure they are doing well in the jungle. 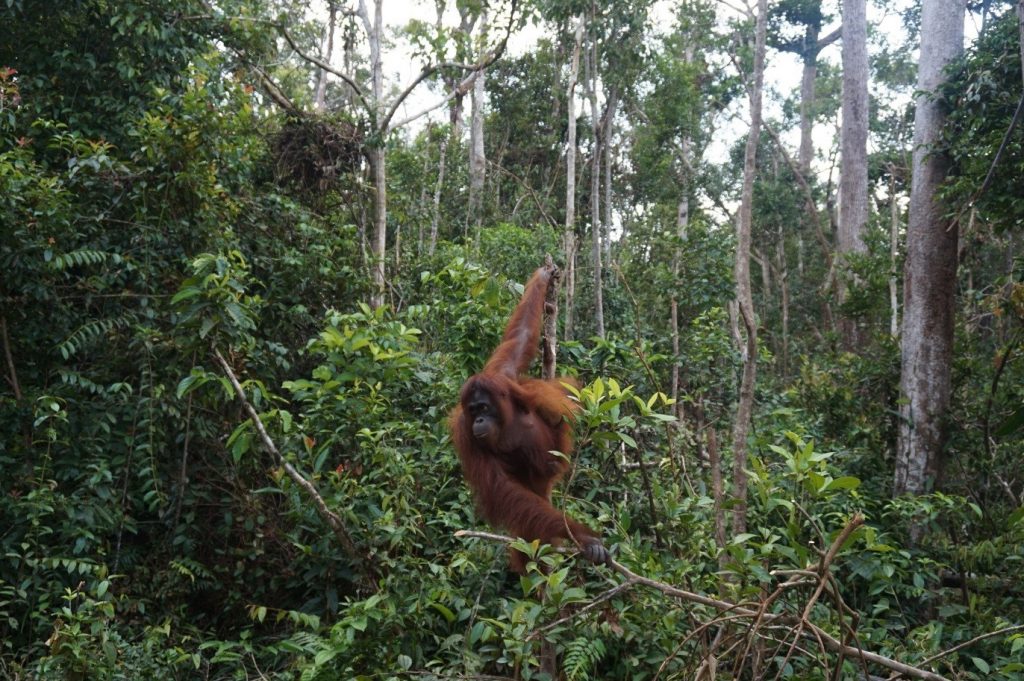 Back to the jungle.

Despite efforts by organisations like OFI, orangutan populations are still rapidly decreasing and moving towards extinction. It’s becoming increasingly urgent to step up efforts to protect and conserve them.

At GAR/PT SMART, we are committed to protecting these rare and endangered species under the GAR Social and Environmental Policy (GSEP). We have a Zero Tolerance Policy with regards to hunting, killing or capturing rare and endangered species and our staff are trained to understand and implement this policy. Through the partnership between PT SMART and OFI, which will continue till 2017, we aim to release 100 orangutans back into the forest.

As I watched Poco and Rich heading out into the jungle, it occurred to me that if more companies, NGOs and public institutions could work together on orangutan conservation, more could be done to protect these unique animals. Our support for orangutan conservation is part of our sustainability commitment and we hope others will join us on this journey.